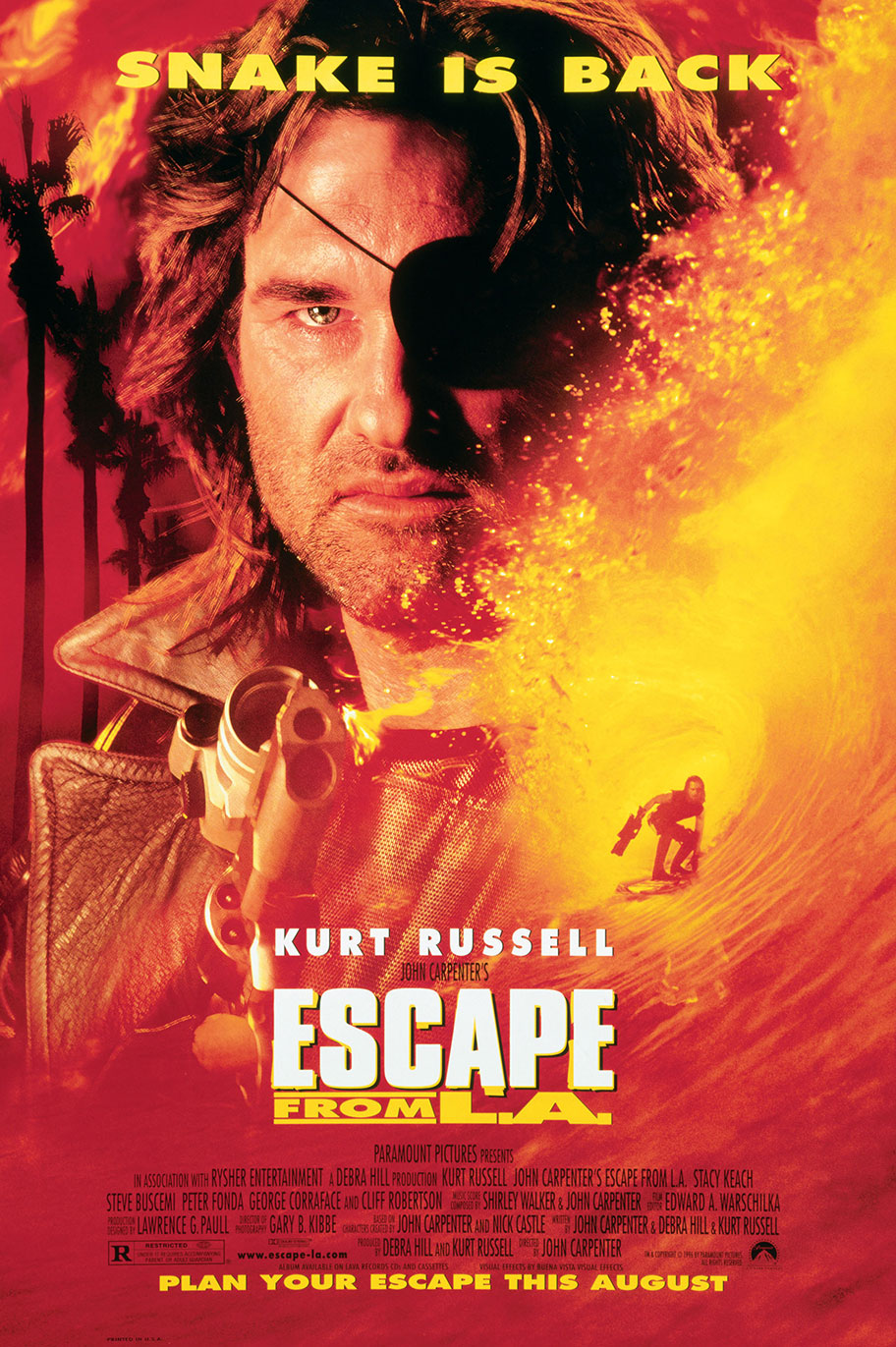 Snake Plissken returns to action in John Carpenter’s Escape From L.A. It’s sixteen years after Snake’s (Kurt Russell) rescue of the President in New York. Now a different President is in power, and declares the United States to be a land of moral superiority: no smoking, no red meat, no freedom of religion and no unapproved marriages. A massive earthquake – The Big One – has hit Los Angeles, leaving it smashed in ruins and completely surrounded by water. From this new island hell rises an army of discontent, led by brutal South American revolutionary Cuervo Jones (George Corraface). L.A. has become an anarchist state. The president deports all immoral (and therefore criminal) citizens of the U.S. to the City of Angels.

However, it seems the President’s own daughter Utopia (A.J. Langer) disagrees with her father’s policies. She joins forces with Cuervo, taking with her the key to doomsday device that could send mankind back to the dark ages.

Enter Snake Plissken. He’s recruited by the President’s men (Stacy Keach and Michelle Forbes) to once again complete an impossible task: penetrate the Sodom that is L.A., retrieve the device, and eliminate Utopia. Infected by a fatal virus, Snake’s clock is ticking as enemy forces threaten to storm America’s borders. As he searches for Cuervo and the device, he encounters many of L.A.’s unique denizens, including the literally burnt-out surfer Pipeline (Peter Fonda), the weasely Map To The Stars Eddie (Steve Buscemi), the exotic Taslima (Valeria Golino, the grisly Surgeon General of Beverly Hills (Bruce Campbell), and the beautiful but ambiguous Hershe (Pam Grier).

Can Snake complete his deadly mission in time to Escape From L.A.? 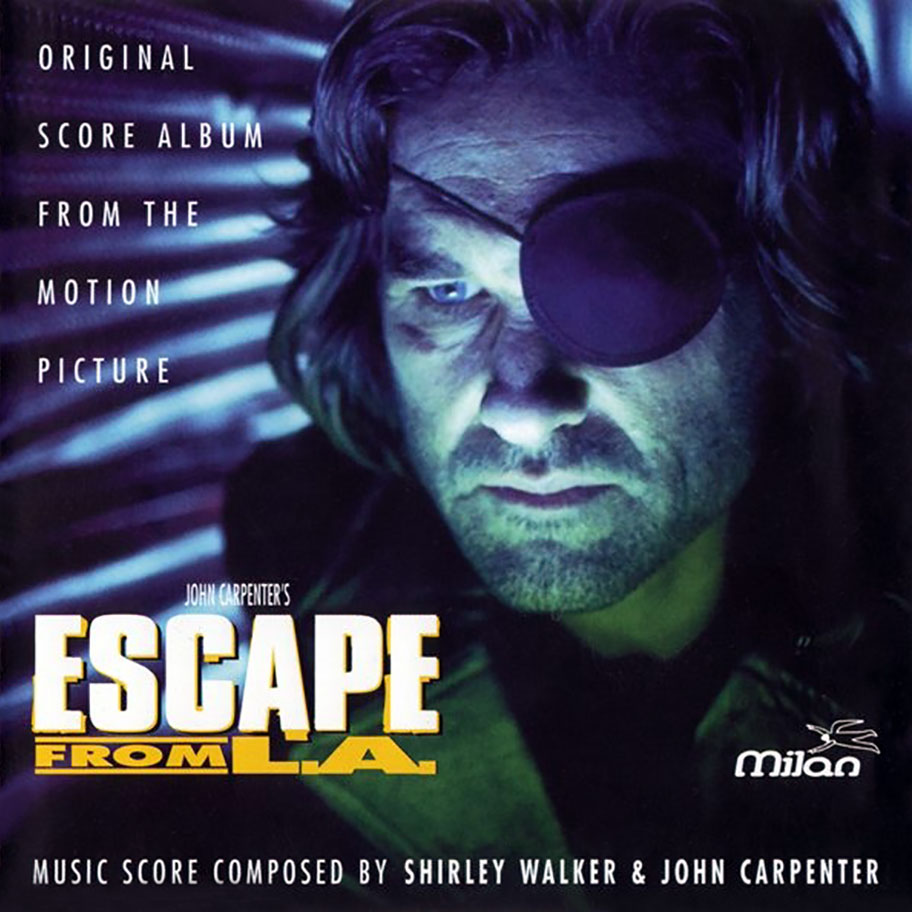