Halloween III Season of the Witch 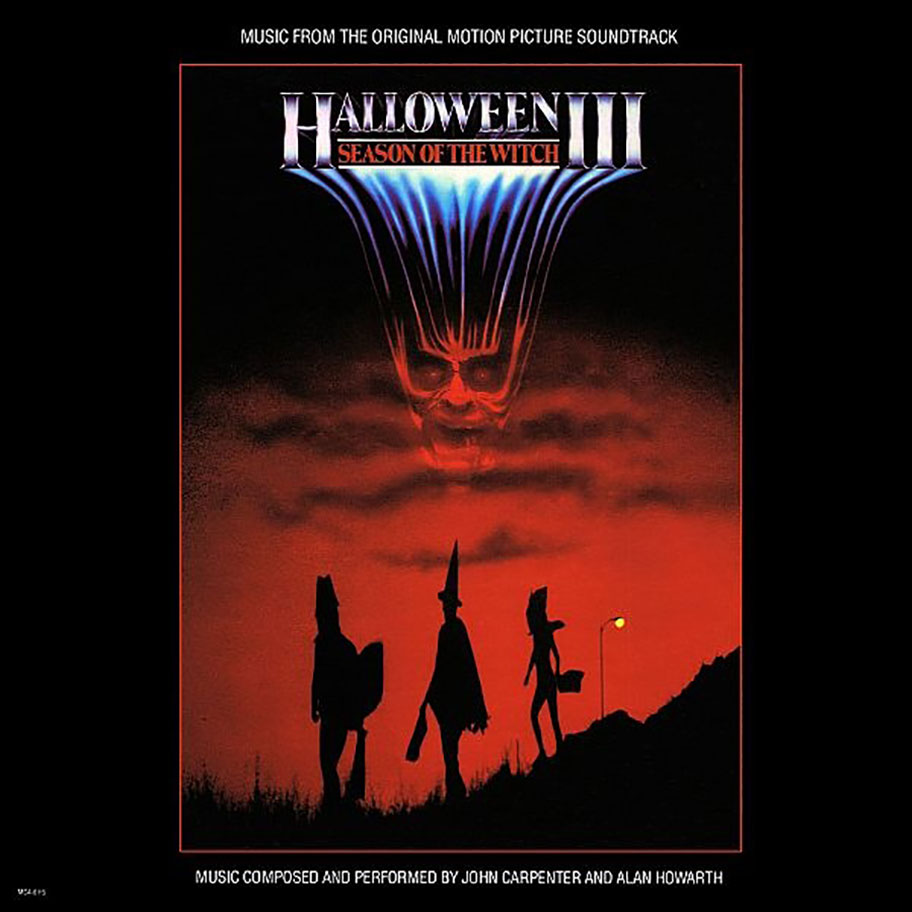 Disk Player Not Found With ID 631

“This Halloween there are three great masks to choose from: Skull, Witch and Jack-O-Lantern,” taunts the commercial for Silver Shamrock novelties. Conal Cochran is our villain, and if he has his way, millions will perish at his best joke ever: A joke on the children, using his Silver Shamrock masks and advanced technology to do the evil deed.

The Main Title was recorded in two phases, the sustains and rhythm were completed before we had picture, and later the electronic patterns were added to synchronize with the pumpkin that is revealed in computer graphics merging the beeping tonalities with music to set the Halloween III mood.

The second cut, Chariots of Pumpkins, is actually in the film twice. This version is the end title music and the other version is in tandem with the main title minus the melodic line. It underscores Harry Grimbridge running from the gray suited men who later take his life.

The Drive to Santa Mira theme is first introduced as we see the panoramic view of the Northern California countryside; but the mood soon changes as we enter the town. Starker and Marge are the next two victims of Conal Cochran’s master plan. The First Chase takes place as we leave the Rose of Shannon Motel to find that Ellie has been taken by more gray suited men and then our hero, Dr. Challis, runs to the factory to save her. Robots at the Factory is what we find moving deeper into the processing.

In Hello Grandma, Dr. Challis is a little rough with her and more “gray suits” show up to teach him some manners. After a fight with one of them, Dr. Challis is finally captured and taken down to see the trade secrets Cochran has been using. Once we see The Rock we learn how devastating this is all going to be. Challis Escapes through the South Corridor then Good-bye Ellie.

The music style of John Carpenter and myself has further evolved in this film soundtrack by working exclusively with synthesizers to produce our music. This has led to a certain procedural routine. The film is first transferred to a time coded video tape and synchronized to a 24 track master audio recorder; then while watching the film we compose the music to these visual images. The entire process goes quite rapidly and has “instant gratification,” allowing us to evaluate the score in synch to the picture. This is quite an invaluable asset.

Don’t forget to watch the “big give away” at nine and wear your masks. HAPPY HALLOWEEN! -Alan Howarth