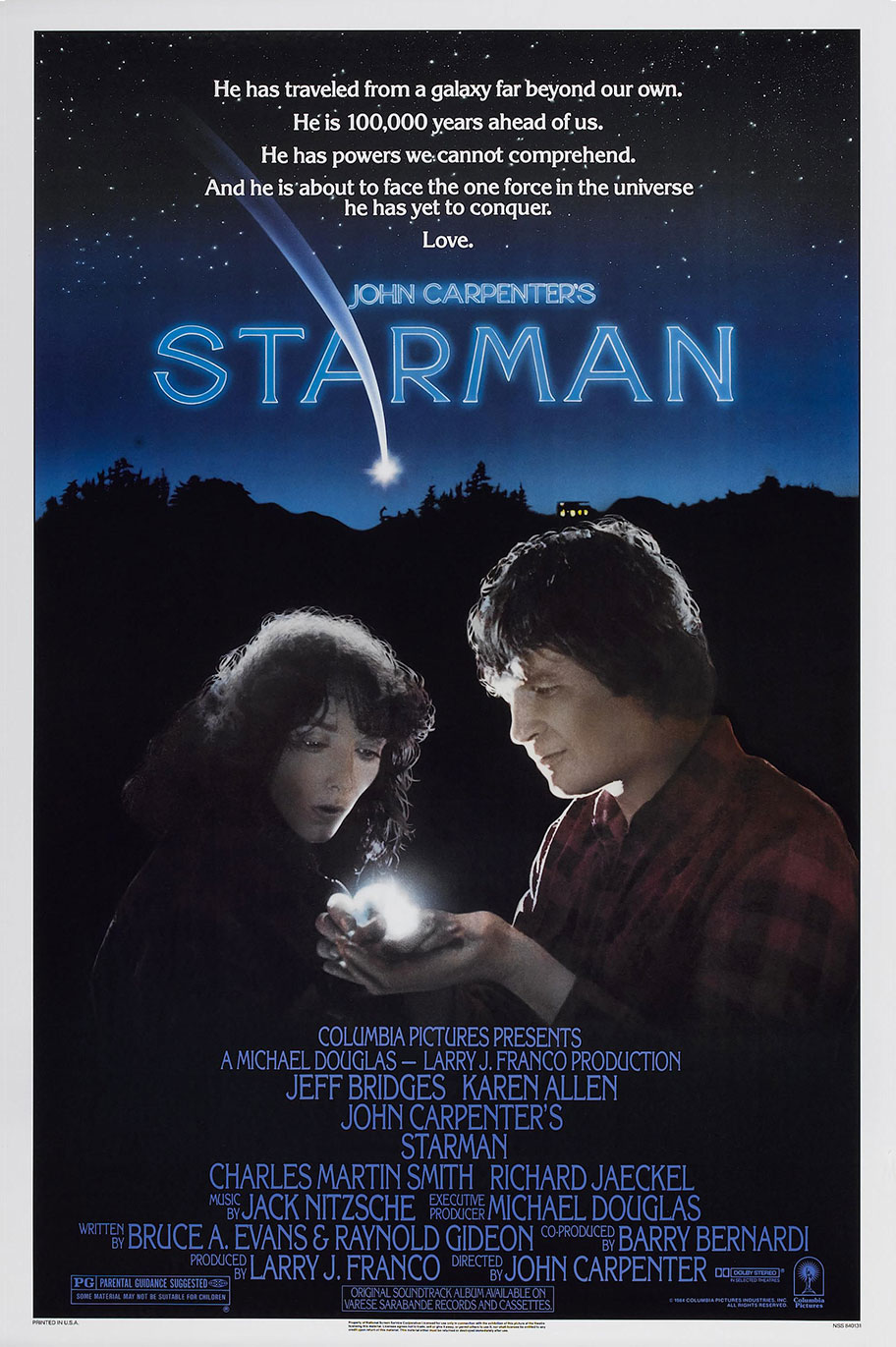 Jenny Hayden, you must be seeing things. There stands before you a man who is the perfect image of your dead husband. He looks and sounds exactly like Scott—but that’s impossible! Scott died months ago. Someone must be playing a very sick, morbid joke.

No, Jenny Hayden, you’re not crazy, just witness to a bizarre intergalactic incident you have no way of understanding. You are about to become a fugitive traveling half-way across the country with an Alien who has inhabited the body of your dead husband. But you are also about to fall very deeply in love with someone you know you will lose in a few, short days.

Starman is a story of romance and adventure, as an alien (Jeff Bridges) comes to observe life on earth and becomes stranded near the Wisconsin home of recently widowed Jenny Hayden (Karen Allen). He is told by his people that their mother ship will pick him up in three days at Meteor Crater, Arizona, more than 2,000 miles away. The alien, otherwise known as Starman clones the human form of Scott Hayden, Jenny’s recently deceased husband.

Starman has only three days to reach Arizona and must convince Jenny to help him. Jenny is at first an unwilling participant in a trip which becomes a dangerous flight across America as the two are pursued by the U.S. Army (led by NSA Chief Fox, played by Richard Jaeckel) and secretly aided by a sensitive government agent named Shermin (Charles Martin Smith). Over the three-day journey, however, a strange and wonderful relationship develops between a confused human woman and a curious and determined alien—leading to a climactic rendezvous with the alien’s mother ship.