What keeps you awake at night? Take a trip into the nightmares of John Carpenter and Sandy King in the newest line of graphic novels from Storm King Comics: John Carpenter’s Night Terrors.

John Carpenter and Sandy King have brought you every horror imaginable, and now… they’re coming for your kids!  Storm King Comics is excited to introduce our new kids line, John Carpenter Presents Storm Kids, a YA and MG anthology series bringing horror and sci-fi to a whole new generation of fans.  With the quality you’ve come to expect, we’re bringing some of the world’s greatest writers and artists together to spin spooky stories and twisted tales for younger readers, the John Carpenter way!  YA stories intended for ages 12 and up, and MG stories intended for kids 8 and up.

Sure, honor students are great, but is your kid a Storm Kid? 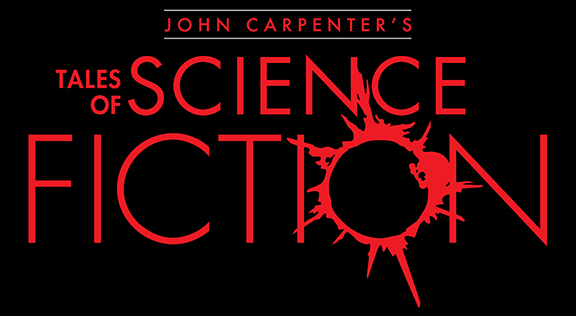 From the mind of John Carpenter and the heart of Sandy King comes the new monthly anthology series, John Carpenter’s Tales of Science Fiction, the definitive collection of stories at the crossroads of horror and sci-fi. Follow us into a dark future, from post-apocalyptic earth, into space and beyond. Each mini series explores the universal fears of the unknown, alien life, interstellar travel, and the age old question, can anyone can hear you scream in space.

The answer is no.

From the mind of John Carpenter, the man who brought you the classic horror film Halloween and all of the scares beyond, and the heart of writer, editor, producer Sandy King, comes the ultimate graphic novel anthology of tales to warm your toes by on a dark and stormy October night! Carpenter and King bring together storytellers from the worlds of movies, novels and comics for a collection of tales featuring graveyards, sunken ships, creepy crawlers and ghosts to haunt your dreams at night!

In tunnels beneath the city, in the dark alleys among the homeless, demons lurk and Lucifer bides his time. One man knows. One man sees. One man walks those dark streets. Father Daniel Beckett’s seen demons and he’s spoken to the Devil, but he’s never seen an angel and he’s never spoken to God. Obsessed and driven as much by betrayal as righteousness and anger as redemption, he walks the smoke-filled encampments of lost souls like Dante’s nine rings of the Inferno. He is God’s warrior at war with God.